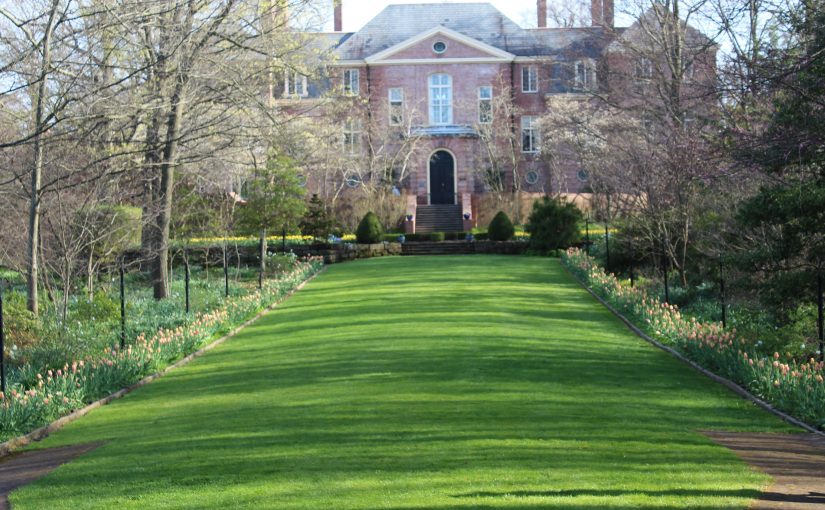 The gate does not accept his fingerprint, and it takes a while to remember the password for the override codes. He pays for and dismisses the taxi while he tries to fight through the brain-fog the weekend left him with. The driveway winds up towards the house, and he plods up the driveway for a while before abandoning his bag and supplies below a tree. Unencumbered the walk goes faster, and at the top an electric golf-cart allows him to go back and get everything, while proving without a shadow of a doubt that he’s in no fit state to drive.
He hangs around outside until he remembers the alarm code, then opens the front door and taps it in. The hallway hasn’t been recently dusted or hoovered, but there’s only a couple of weeks post in the box. The rest is organised by date and addressee on the sideboard.
His hat and jacket go onto a hat-stand entirely empty save an elderly umbrella.
Every tap of his quarterstaff on the wooden floor echos through the house. He walks around to the kitchen through several rooms where every item is covered with sheets like a furniture-based Halloween party where everything has come as a rather pathetic ghost. The staff goes into a cupboard that slides out of the walls silently, save a threatening metallic warning as its contents come to a stop.
The fridge is not only empty and cleaned, but also off. The gas has been turned off at the mains, and the electricity at the breakers. Etcetera fills the kettle and sets it to boil, puts some tea in a teapot, puts the milk from his bag in the fridge.
The boiling kettle is loud in the silence, and the sudden click as it concludes its mission startles him.
Freshly boiling water poured over tea leaves in a warmed pot.
The tea steeps over a few minutes, Etcetera watches it without expression. The empty house swallows every breath.
His watch buzzes against his wrist, and he decants the tea into a clean mug, adds a small splash of milk. Stirs, and the clink of spoon against ceramic is surprisingly loud.
He puts away everything, and takes the cup through a hidden door just outside the kitchen, through a dusty and abandoned servant’s passage, up some stairs and out into another dismal dark-wood panelled corridor where oil paintings of relatives long-dead watched him ignore them on his way to an unremarkable oak door.
The large room beyond was as to the rest of the house as night to dawn. The wooden floors devarnished to a lighter pine, a bed piled with rejected items for taking to the hotel took up one corner, every wall filled with bookshelves, every floorboard home to another pile. In the middle a wide U made of five hundred years of the deskmaker’s art, piled with papers and more books, an alter facing a computer. Etcetera put down his tea, dumped his bag near the bed, turned on the computer, and sat heavily on the chair in front of it.
Five minutes revealed a narrative of various business partners sending emails, trailing off after a couple of months, some automated notifications of various financial systems triggering, payments going out, salaries going out, dividends going in. An entire year, and nobody had really missed him.
Starting a few hours ago, as news and photos of #the75 had broken, another small flood, split between the people who was surprised to see him after a year (few) and those who were surprised to see him after five (many). A couple from other members of the 75, keeping in contact.  And one from Brunton, Etcetera’s faithful… something or other, which just said “Saw the news. See you Monday, sir”.
Etcetera opened an empty journal entry in another program, and gazed at the blank page for a little while. Suddenly – and for the first time in half a decade – the empty and echoing house seemed too large, the silence less comforting and more oppressive, and the sense of ownership of his own space less a worthy sacrifice. The secret was out now, anyway, and he’d never wanted to hide forever.
So what to do with this sudden desire for interaction? The Clearwater Estate wasn’t within miles of anyone who could count as a friend, and after five years without leaving it there wasn’t really anyone he could just phone and pop around to see. The problem with having constructed your life to be a hermit and never having to interact with nearly any actual people was, apparently, this. He wanted someone to talk to, to explain what it felt like to have a demon in your head, to be possessed – effectively – by a house, to stand up to demons and get your fingers chopped off for the trouble. To discover they grew back.
74 people who could actually understand. Nearly all of them miles away, the rest of them more.
Etcetera wallowed in misery for a little while, then drained his tea, deleted a lot of emails, and launched World of Warcraft.
As it patched, Skype popped up in the corner. “New contact request”.
Oh, yeah. Interaction needn’t always be real-time anymore.
Plus, he could always hold a party, or something.

One thought on “A Quiet Home”