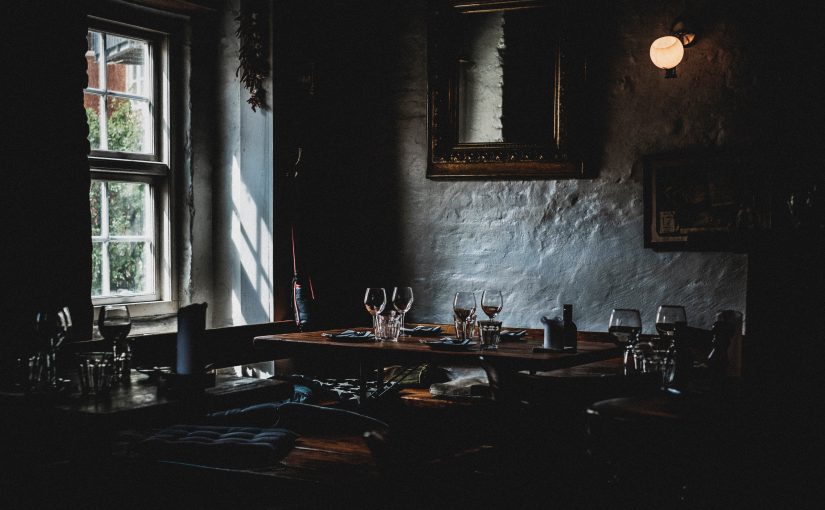 Katherine Sparrowhawk de Sarvos is eleven and three quarters, and therefore too grown up to cry, but her dress is still wet from the rain in Sarvos and there’s a stain on the skirt from whatever the man threw at daddy.

Everyone seems cross, ever since that man came up to their rooms in the Carta house.

(“Well, did she read it?”
“Yes, Caroline, Empress Giselle read your memo. What in all the realms were you thinking, both of you?”
“We swore an oath. To her and the Carta. She’s doing it badly, Mikel, She can’t be the queen of the League, we’re not Dawn for fucks sake”, The skirt of Caroline’s golden dress animated as she waved her arms. Katherine watched, transfixed, from the small desk she was learning the Runes of.
“Try not to swear in front of Kath, Char”, Reichard Sparrowhawk de Sarvos – Caroline’s husdband looked up from his knelt position beside his daughter, and to Mikel: “How did she take it?”
“The extreme side of not well, Reichard. She thinks you’re questioning her virtue, her right to the throne. It’s not entirely rational. If she were realm-touched I’d think… well, nevermind that. But I think it’s better if you left the guildhouse for a bit.”
“How long a bit?” asked Catherine
“… until she calms down. Or you’re proved right, I guess. She was screaming about treason.”
“Treason?”
“I think the unpopularity is getting to her”
Catherine started throwing things into bags.
“We’ll stay in town for a bit. Send us a Winged Messenger when its safe”
“Darling?” said Reichard to Katherine, “Go get Bunny and your pouch, and put on outdoor clothes. We’re going for a walk”)

Katherine didn’t like the trods very much. Walking along them was easier than in town, or even the bit of countryside between Sarvos and the entrance, but the rich musty smell of earth mixed with the sharp feeling of spring magic didn’t appeal to the city-born girl. It had been days since her last tutor session, and Mr Flenning got mad if she didn’t do her homework. From the pouch at her belt she pulled out a deck of Runes. Sular. Discovery, ships, searching, finding. She turned the card over, correct. Next card: Ophis. Light, showing, seeing. … Diras? She turned it back. There was a black splodge in the middle of Diras. Must have been that woman at the inn.

(“Okay, Katherine. Show me three runes you would use if you wanted to cast a ritual hiding something”, Reichard asked.
“Is this a good time for lessons?” asked Catherine as she approached the table.
“Better than fretting. What did you get?” asked Reichard
“A church and a mana site in the suburbs of Holberg.”
“I’m not sure that’s far enough, darling.”
“Me neither, but it’s what we’ve got. At least it’s pretty and well defended.”
A loud woman bustled her way up to the table “Here, I recognise you! You were with Giselle at the coronation, right up front! In her guild and everything!”
“Used to b…” began Caroline
“She’s making a mockery of us, is your Prince. Favoritism’s not right in an Empress, even if it’s for us Leaguers.”
“We’re not…”
“And you should go tell that Prince of yours”, said the woman, volume rising, “that she needs to stop, before…” but it was the woman’s turn not to get to the end of a sentence, as a guy at a nearby table stepped up
“Ah, Shut up. Giselle’s doing right all for the League. Gotta look out for your own, that’s what got her there. None of those other fuckin’ nations appreciate what we bring to the Empire. They’ll shout about sacrifice, but it’s our coin that keeps the armies paid.”
“Ah, fuck off.” said the woman, waving her bowl of stew in gesture, “If the rest of the Empire thinks we’re a bunch of self-serving wankers, then what do you think’s gonna happen?”
“Nothin’ much. Most of them are there already.” said someone else. The woman with the stew span around to find this denigrator, not noticing as significant amounts of it went flying.
“WHAT DID YOU SAY?”
Kathrine, fascinated and scared in equal measure by the angry swearing adults, started clearing away her cards.
With the woman distracted, Caroline helped Katherine tidy them away, and then the family snuck out via the kitchen.)

The streets of Holmauer looked paved with gold in the sunset of the late evening with the sun reflecting off the recent rain. Caroline’s church was built in the traditional style of Holberg, of stone and grandeur in equal measure. It came, as Caroline, dedicated to Pride, and with a small cottage on the grounds which they lived in. Reichard’s mana site was a few streets away, and over the next few weeks they settled in. Bunny found a new home on a new bed, and Katherine drew a new Diras card, using the old one as a bookmark for her new diary, with her new name on the front.

Daddy had said that with their new home came a new name, a reminder that they still needed to fix what they had broken.

And Katherine Remidos von Holmauer didn’t understand, but soon she would be twelve, and maybe that would help.

One thought on “Escape from Sarvos, 332YE”